Back to Why Taranaki?

The town was settled in the 1880s. It was intended to be a major port but, other than a jetty constructed in 1891, little else was completed.

Opunake is the center for the local dairy industry, and is also a popular tourist spot, having one of Taranaki's finest beaches. The beach is composed of volcanic black sand and there are large rock pools to be found on the north-west end of the beach at low tide.

The Opunake and surrounding community has a South Taranaki District Council LibraryPlus, which provides full library and Council related services. Including: being able to register your dog, pay your rates or inquire about obtaining a building permit. Other services include a Tot Time for the under 5s and a regular Friends of the Library meetings. The LibraryPlus also has numerous APN computers, offering free internet and Skype to the public.

A statue of Peter Snell was unveiled on Saturday 19 May 2007 to celebrate the fame of this son of Opunake. Other notable people born in Opunake include former All Black captain Graham Mourie, prop Carl Hayman and former New Zealand Prime Minister Jim Bolger.

On the coast just north of the town is Te Namu pa. In 1833 local chief Wiremu Kingi Moki Matakatea held off a war party from Waikato for several weeks with a single musket, and eventually triumphed. In 1865 the Opunake redoubt was established by the 70th Regiment, but little trace now remains.

Opunake Bay is a popular holiday spot and camping ground. The Egmont County Council was based in opunake until it became part of the South Taranaki District Council in 1989.

A branch railway to Opunake from the New Plymouth–Wellington line was laid in 1926, but the section between Opunake and Kapuni was closed in 1976.

Opunake is a small town on the southwest coast of Taranaki. It is located 45 kilometers southwest of New Plymouth. Rahotu is 16 km to the northwest. Manaia is 29 km to the southeast. Surf Highway 45 passes through the town. 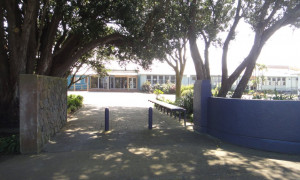 Opunake High School is a coeducational secondary (years 9-13) school with a decile rating of 4 and a roll of 333 students as of March 2015. The school celebrated its 75th jubilee in 2000.

Opunake School is a full primary (years 1-8) school with roll of 211 decile rating of 6. 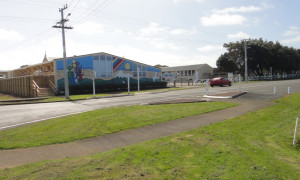 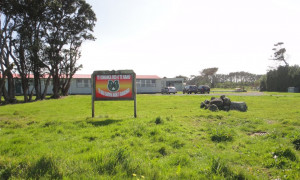 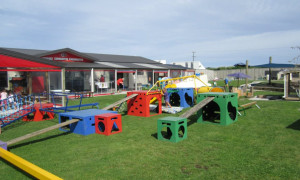 We are a stand alone community owned early childhood education centre, and welcome approx 50 children through our doors everyday. Their ages range from 0 to 6 years. We are open 9 am to 3 pm daily, during school terms 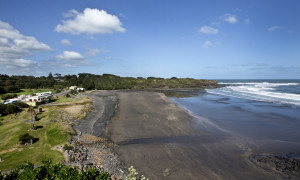 Opunake has a very strong and successful surf lifesaving club with taranaki club champions in some divisions to their credit.

They are particularly strong in the rubber ducky rescue division. 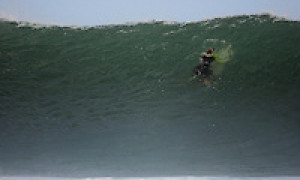 Opunake has some of New Zealand's best surfing spots. You can just go down to the local town beach or just a short trip along surf highway 45 you will find waves to suit al kinds of board riders. 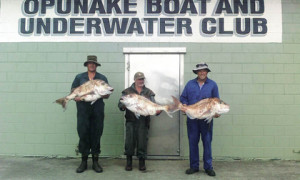 Opunake is a meca for fishing of all kinds with its rocky shores and outcrops and if you are into boat fishing there are lots of coastline to seek your favourite spot.

Properties for sale or rent in Opunake